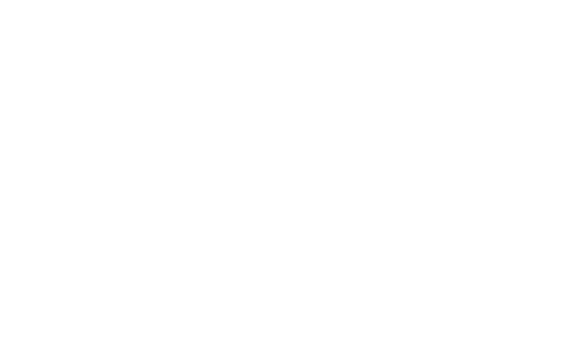 Is It Necessary For My Child To Floss?

“Has she been flossing regularly?” you’ll probably be asked every time you take your kid to the Children Dental Center Indianapolis IN for a checkup or cleaning. The answer isn’t always yes for many parents and patients. While you may make it a point to have your child brush her teeth twice a day, as recommended by the American Dental Association (ADA), you may believe flossing isn’t as important – after all, it’s such a small area. WRONG!

If you’re one of these people, you may not understand that this step is crucial to your oral health. Unlike a toothbrush, which cleans the tops and exterior surfaces of the teeth and gums, floss is an interdental cleaner meant to clean between the teeth and the gap between the base of the teeth and the gums. These are areas that a toothbrush will not be able to reach. Even if your kid uses antimicrobial mouthwash, it will only destroy the bacteria that cause plaque, not the persistent tartar and food particles that might accumulate in these areas.

Evidence shows that good dental hygiene, which includes flossing regularly, may do more than keep your smile looking nice and healthy. A healthy mouth may also help your kid avoid far more severe problems later in life, some of which can be life-threatening!

If you’re still unsure whether flossing should be part of your child’s daily routine, we’ve got a few more suggestions to persuade you!

Plaque and tartar accumulation on the teeth along the gum line may cause gingivitis, a swollen, reddish inflammation. Gingivitis may affect children as well as adults.

By seeing how teeth are located in the gums and jaw, it’s simpler to comprehend the importance of flossing in proper dental health. The lower and upper jaw bones form the foundation of this structure. The jaws anchor the teeth by their roots, and the soft, sensitive tissue of the gums covers the bones and roots.

Flossing is most effective at the points where the gums and teeth meet. Small food particles may get trapped here, and plaque in this region can solidify and accrete over time to produce tartar, a thick coating that Childrens Dentist Indianapolis IN can only scrape away. Tartar accumulation may cause gingivitis, characterized by red, swollen gums and is the initial stage of gum disease. If left untreated, bacteria-laden tartar and plaque may grow further below the gum line, resulting in periodontitis, a serious gum disease marked by severe inflammation and eventual tooth and bone loss. And if that isn’t revolting enough, consider the horrible breath!

Floss can reach the area between teeth and gums, eliminating food and plaque that a toothbrush or mouthwash can’t reach.

You Can Save Money By Flossing

It pays to make efforts to lower your medical expenditures in an age of growing healthcare prices and dwindling insurance benefits. According to the Children’s Oral Health Project (CDHP) studies, dental preventative treatment today may pay off big.

CDHP researchers compared dental treatment expenses for children who had their first dental checks before the age of one year to children who had their first visit to the Kids Dentist Indianapolis IN after that age in a 2005 study. By the time they reached their sixth birthdays, the youngsters in the first group had spent 40% less on dental treatment than their classmates.

One of the reasons why frequent dental appointments save money? Patients are encouraged to clean and floss their teeth regularly via education. Professional dental instruments and treatments are cutting-edge, and they can treat even the most serious medical issues. However, if you ask any Pediatric Dentist Indianapolis IN about the most effective and cost-effective instruments for safeguarding oral health, you’re likely to get a complimentary toothbrush and floss package.

Flossing Aids in the Prevention of Other Diseases

Flossing needs a great deal of agility and coordination. (For good technique, see the section below.) If your child is under the age of ten, she may need help or supervision, but instill the habit of flossing every day in her for a lifetime of health advantages.

Tooth and gum disease may have far-reaching consequences in addition to discolored teeth, pain, and foul breath. According to extensive studies, the germs that thrive in an unhealthy mouth may affect the rest of the body, leading to heart disease, diabetes, and respiratory sickness. The Centers for Disease Control and Prevention (CDC) started pushing for public health measures to address oral health as a first step toward treating these potentially life-threatening systemic disorders, which impact several organs and bodily systems, in 2003.

Tartar Buildup Is Prevented by Flossing

Few aspects of a routine dental appointment are as unpleasant as the scraping required by the dentist or hygienist to remove tartar. Tartar is a hard plaque accumulation that develops near the gum line. It can’t be removed without expert assistance once it’s in place. But, due to floss, health-conscious people now have a strong weapon to combat this persistent issue.

Flossing helps eliminate tartar-causing plaque while it is still in its early stages: sticky yet soft and malleable. Regular flossing helps prevent tartar accumulation since plaque does not solidify into tartar until it has been left undisturbed.

Although floss may remove tartar from around the gums, it cannot improve tooth enamel as fluoride toothpaste or mouthwash can. Combining these techniques, according to studies, provides a one-two punch of physical plaque removal (flossing and brushing) and chemical cleansing (toothpaste and mouthwash).

Pull out around 18 inches of floss and wrap the ends around your fingers to improve control. Slide the floss between your teeth gently, taking care not to irritate your gums. To scrape plaque away, wrap the floss around each tooth and massage it up and down. Using the floss in sawing movements might harm your gums. Throw away the floss you’ve used after you’re finished. During usage, it might tear and gather microorganisms. Brush your teeth after rinsing with mouthwash.

Flossing is an important aspect of maintaining a healthy mouth and body. Helping your kid adopt the habit of flossing every day when she is young will be a habit she will carry with her for the rest of her life.


Warning: Trying to access array offset on value of type null in /home/nz70pieshzac/public_html/wp-content/plugins/elementor-pro/modules/nav-menu/widgets/nav-menu.php on line 1445

Warning: Trying to access array offset on value of type null in /home/nz70pieshzac/public_html/wp-content/plugins/elementor-pro/modules/nav-menu/widgets/nav-menu.php on line 1458

Warning: Trying to access array offset on value of type null in /home/nz70pieshzac/public_html/wp-content/plugins/elementor-pro/modules/nav-menu/widgets/nav-menu.php on line 1469

Warning: Trying to access array offset on value of type null in /home/nz70pieshzac/public_html/wp-content/plugins/elementor-pro/modules/nav-menu/widgets/nav-menu.php on line 1482
Menu